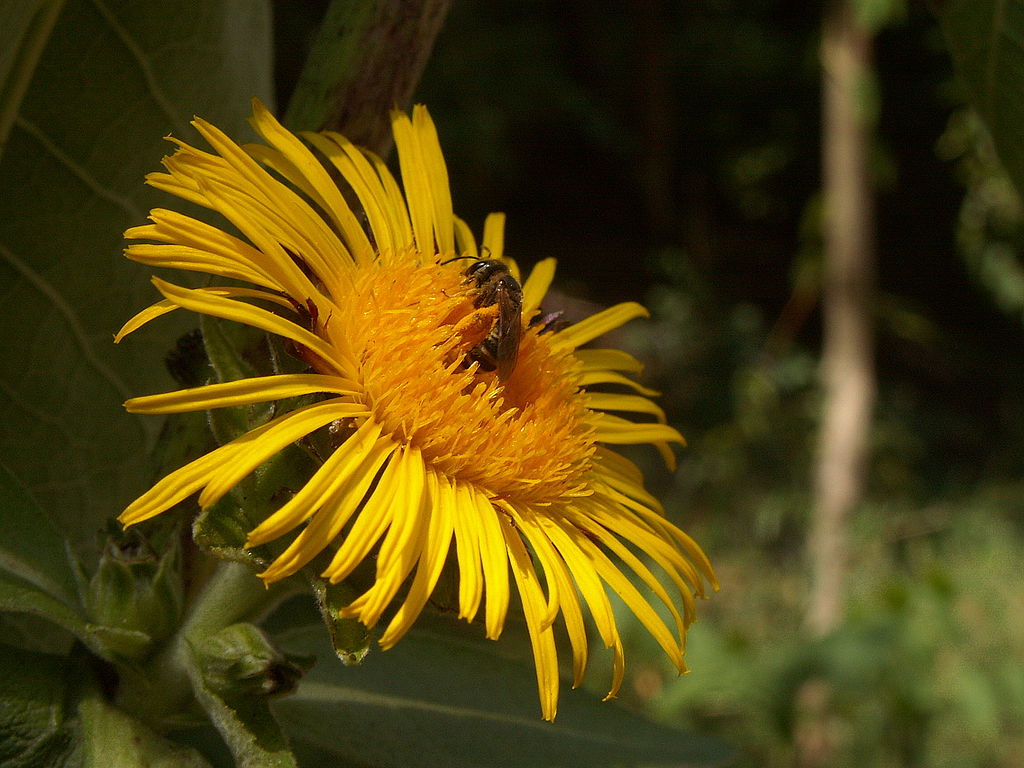 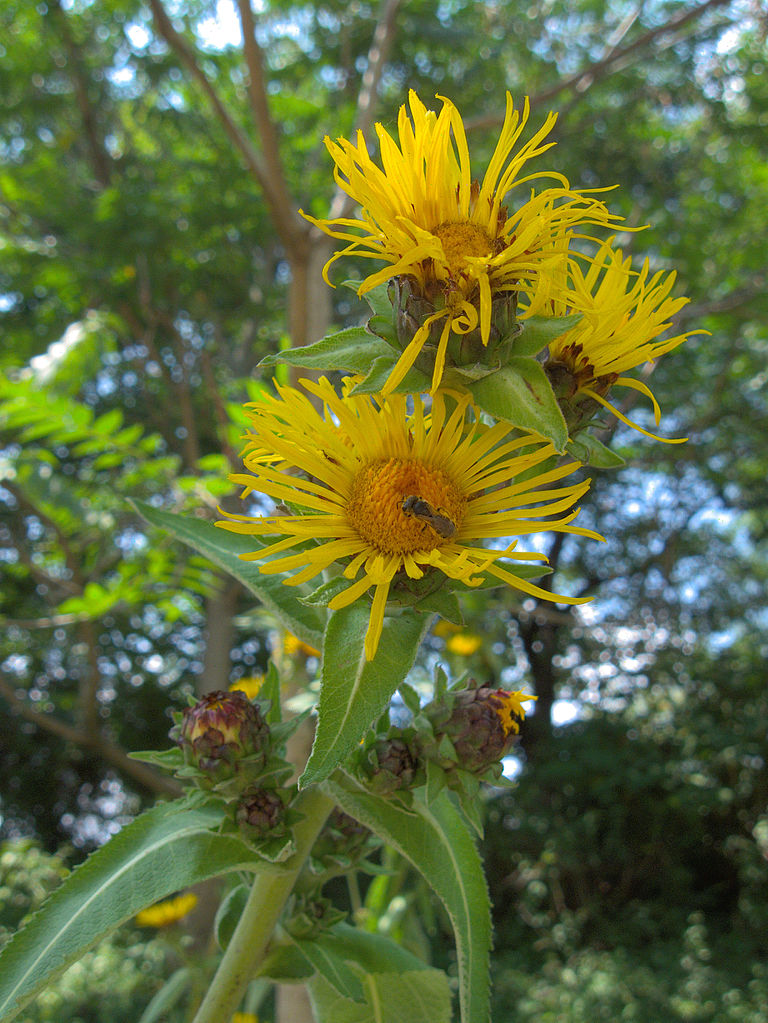 Elecampane is a tall and striking flower, imported from Europe. It is not particularly common around here, but abundant where it does take up residence. These plants were blooming in Highland Park in late July.

This entry was posted on August 4, 2015 by Dr. Boli. It was filed under Asteraceae, Compositae .