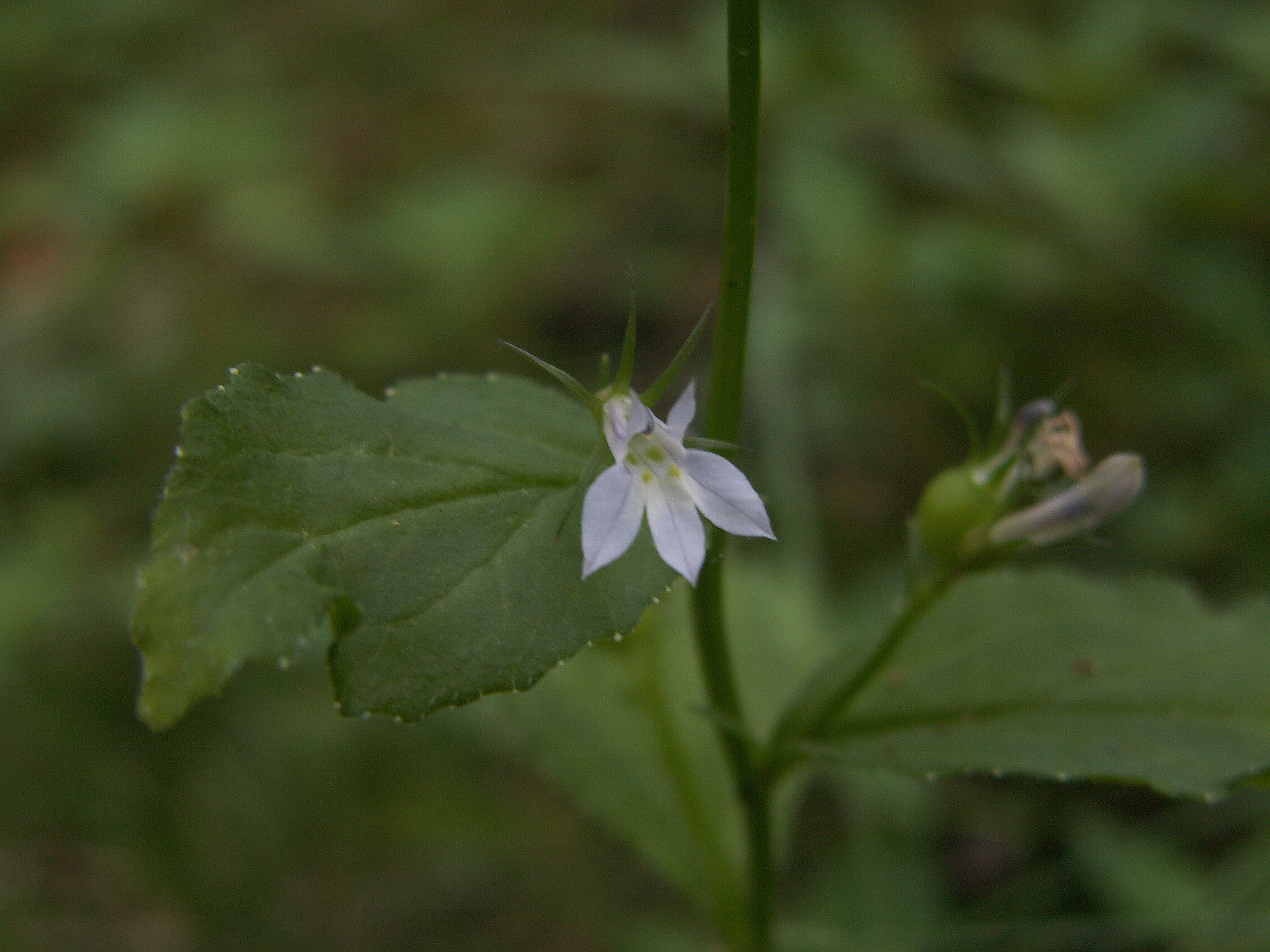 This is by far our most common lobelia, a close relative both of the little blue lobelias that dangle from our hanging baskets and the stately Cardinal Flowers that adorn our perennial gardens. It likes an open woodland or the shady margin of a meadow, but it will also spring up in the middle of a sunny lawn given half a chance. The flowers are pale blue, often almost white. The species name inflata refers to the puffed-up seedpods that develop after the flowers.

The plant in this picture was blooming in early August in a shady lawn in Mount Lebanon.

The name “Indian Tobacco” comes from the fact that certain Indian tribes smoked the stuff, in which practice they were imitated by some of the English colonists. All accounts say the taste and stench are at least as foul as those of real tobacco. It is, as Gray points out, poisonous, and regrettably still “a noted quack medicine” today.

Lobelias are placed in their own family Lobeliaceae by Gray, but most modern botanists place them in the family Campanulaceae, the Bellflower Family, often as a subfamily called Lobelioideae.

LOBELIA [Plumier] L. Calyx 6-cleft, with a short tube. Corolla with a straight tube split down on the (apparently) upper side, somewhat 2-lipped; the upper lip of 2 rather erect lobes, the lower lip spreading and 3-cleft. Two of the anthers in our species bearded at the top. Pod 2-celled, many-seeded, opening at the top. — Flowers axillary or chiefly in bracted racemes; in summer and early autumn. (Dedicated to Matthias de l’Obel, an early Flemish herbalist.)

This entry was posted on August 15, 2015 by Dr. Boli. It was filed under Campanulaceae, Lobeliaceae .